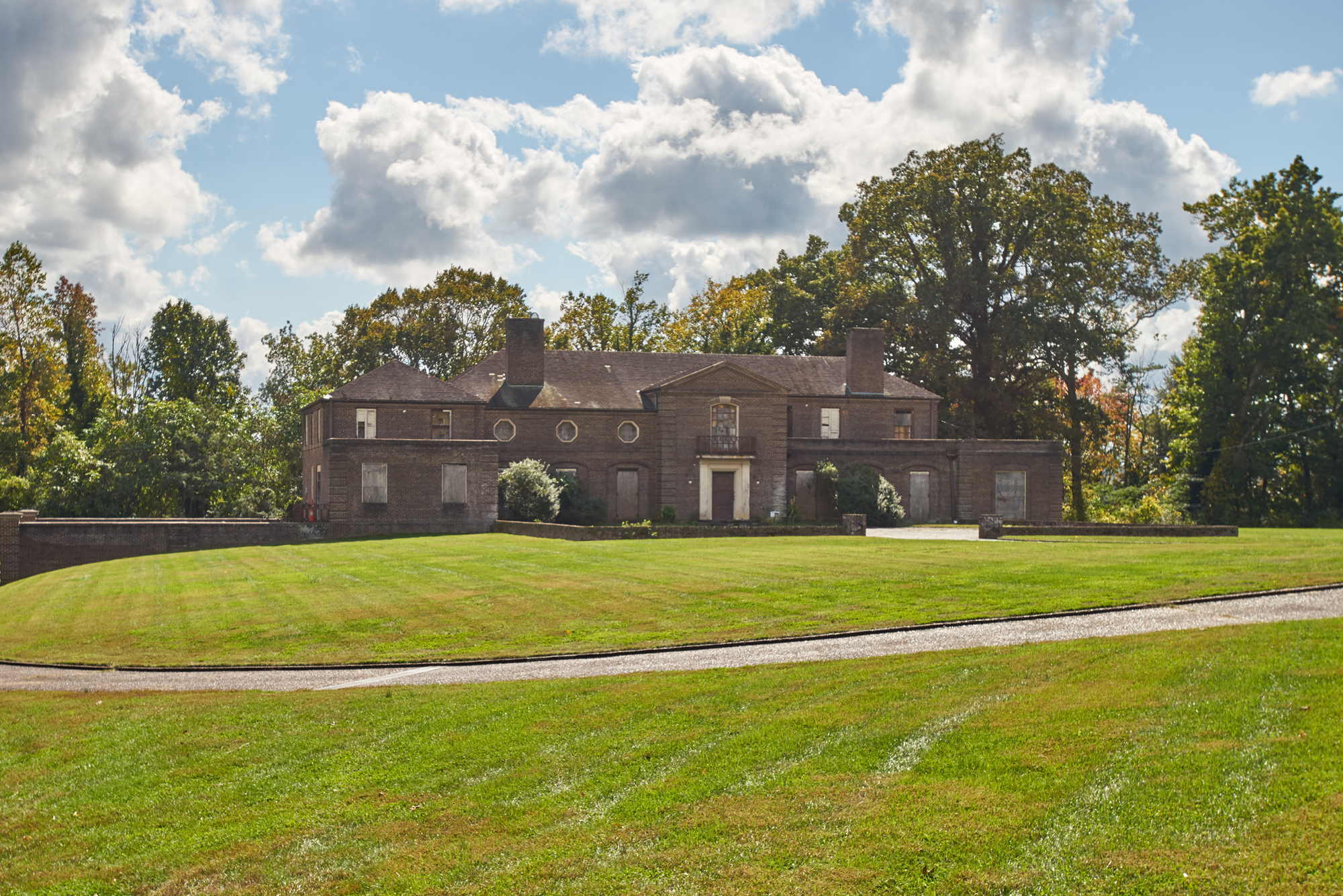 The Eugenia Williams House was built in 1941 on twenty-four acres overlooking the Tennessee River. Noted Houston architect John Fanz Staub designed the home for Ms. Williams. Staub was a Knoxville native and a childhood acquaintance of Ms. Williams and is noted for his design, among others, of the President’s home at Rice University; Bayou Bend, now part of the Museum of Fine Arts, Houston.

The Regency style of the Eugenia Williams House is characterized by balconies, ornate ironwork, large garden windows, and classical Greek design elements. The exterior features include banding at the floor and rooflines, corner quoins, a trio of second-floor octagonal windows, and a covered veranda on the south side with two-story wrought-iron columns. The interior is unique and lavishly detailed. Interior features include arched hallways, wood paneling, Venetian crystal light fixtures, local marble fireplaces and bathrooms, and an extensive boudoir with custom cabinetry, floor to ceiling mirrors, and a balcony. The kitchen includes several rooms with appliances considered state-of­-the-art in 1941, including a catering refrigerator, dishwasher, several warming cabinets, ovens, stoves, and custom metal cabinetry. The three-car garage is an homage to Ms. Williams’ love of automobiles and features 1940s-era automatic garage door openers. The grounds feature vast expanses of lawn, original evergreen plantings, and narrow paths down to the river. The Tudor Revival Style stable on the grounds was built before 1930 when Ms. Williams’ father occupied a previous home on the property.

Ms. Williams passed away in 1998 at the age of ninety-eight. In her will, Ms. Williams donated the house and property to the University of Tennessee in honor of her father, David H. Williams, a local doctor who gained fortune in the early days of Coca-Cola bottling. In 2020, the Aslan Foundation purchased the property from the University of Tennessee to restore this significant piece of Knoxville’s architectural history and make it accessible to the public.

If you are interested in learning more about the Eugenia Williams House restoration, please visit this link. Blog posts will be added as restoration progresses.

To see Eugenia Williams House as it is restored, please visit this link. Tour dates are added monthly.