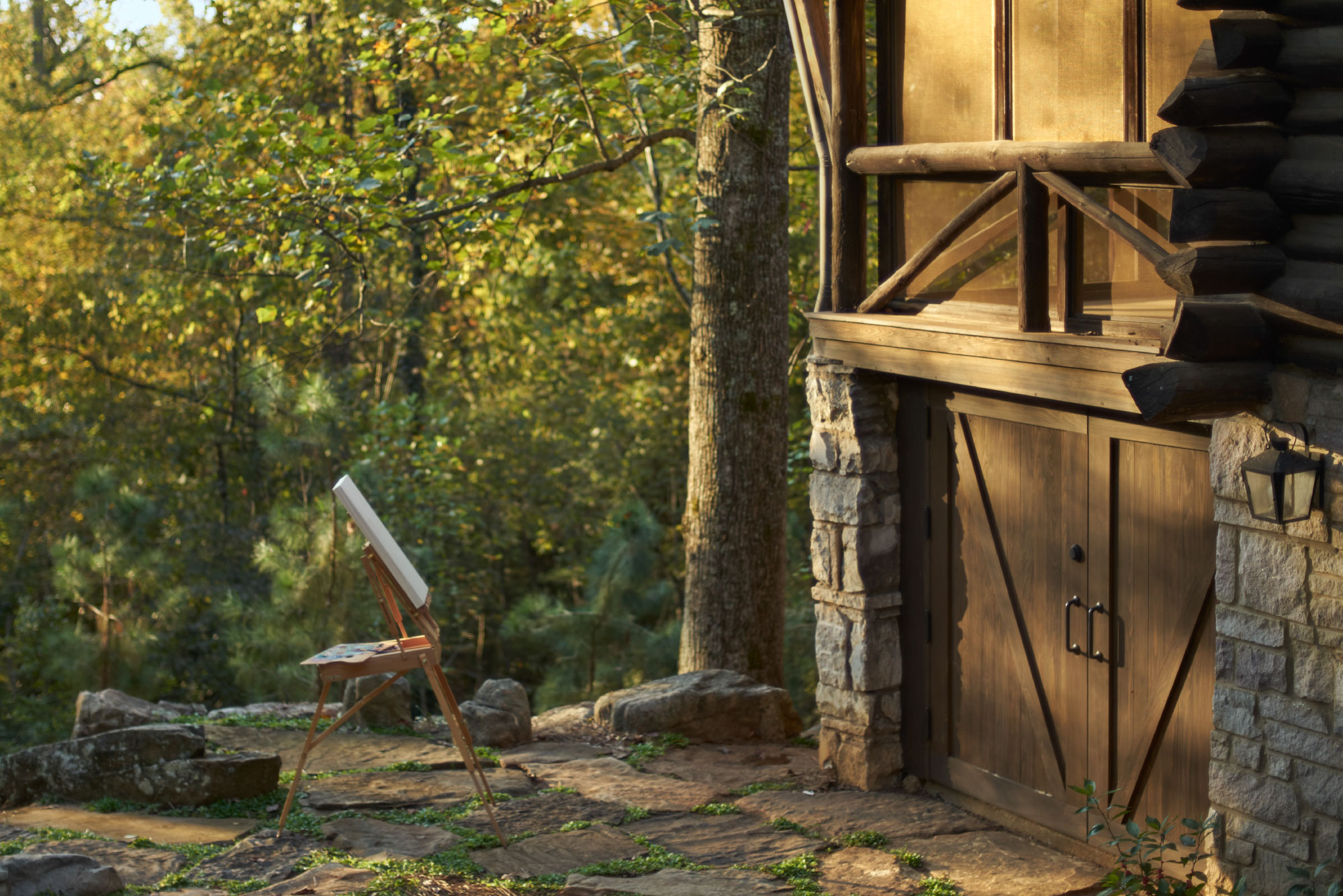 Loghaven is located on ninety wooded acres near the southern bank of the Tennessee River in Knoxville, Tennessee. At its heart are five log cabins situated along a private, tree-shaded road. Trails from the cabins lead to a freshwater spring and protected forest.

The story of the property’s log cabins begins in 1935, the middle of the great depression, when Myssie Thompson built the homes as rental units to support her family. John Hightower, a local carpenter, added to the cabin community with his own home built in a similar style, just south of Myssie’s property. The wooded ridgetop became known in Knoxville for attracting a cast of unconventional, creative tenants. Professors. Architects. A radio deejay. The editors of Esquire.

By the mid-2000s, Loghaven’s future was uncertain. Myssie Thompson had died in 1975, and in time the property passed into the hands of a real estate developer who was eyeing the land for condominiums. In 2008, Loghaven was purchased by the Aslan Foundation, which recognized it as an essential part of Knoxville’s cultural heritage. After a series of community need and property use studies, it became clear that the highest and best use for Loghaven was as an artist residency.

The Aslan Foundation rehabilitated five cabins to be used as artist residences and built a gateway building, performing arts studio, and visual arts studio to provide additional working spaces for artists. The foundation partnered with Sanders Pace Architecture to create inspiring environments in which visiting artists create new work. The Loghaven Artist Residency launched in 2020, nurturing artists of excellence from around the country and the world while preserving Loghaven’s ninety acres of inspiring natural and built environments.

In April of 2021, the American Institute of Architects presented the AIA Architecture Award, the architecture profession’s highest national recognition, to Sanders Pace Architecture for its original design and architectural rehabilitation work for the Loghaven Artist Residency.

To learn more about the residency program and its award-winning campus, please visit loghaven.org.